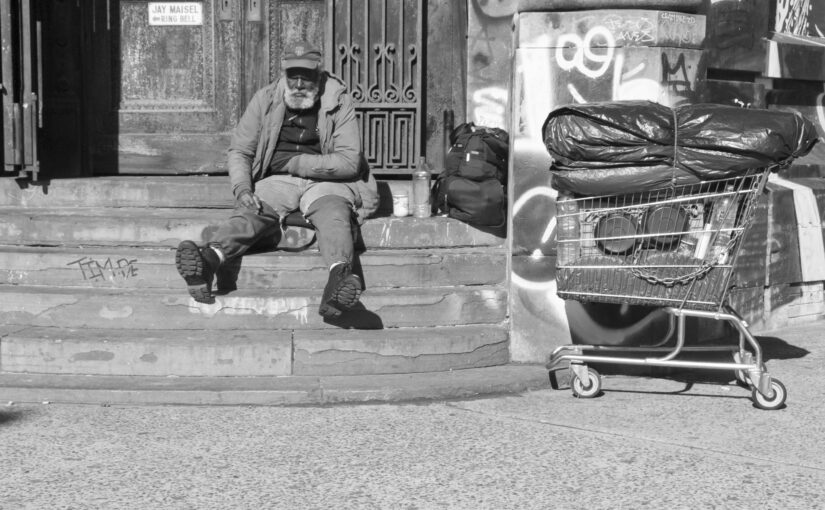 In San Francisco’s fair city,
Where the streets are so gritty,
There lived an old woman named Molly Malone.
Downtrodden and homeless,
Her voice, flat and toneless,
Hollered “Tin cans and bottles
Alive, alive oh”

Her condition was drastic
Her step it was spastic
While she limped through the streets with her wagon in tow.
As the cans she collected
From the trash were selected,
She cried “Tin cans and bottles,
Alive alive oh”

At night on the floor of
A Tenderloin doorway
She wept as she slept on her pallet of stone.
So if you feel dejected,
Dismayed, disrespected,
Consider the fate of
Poor Molly Malone. 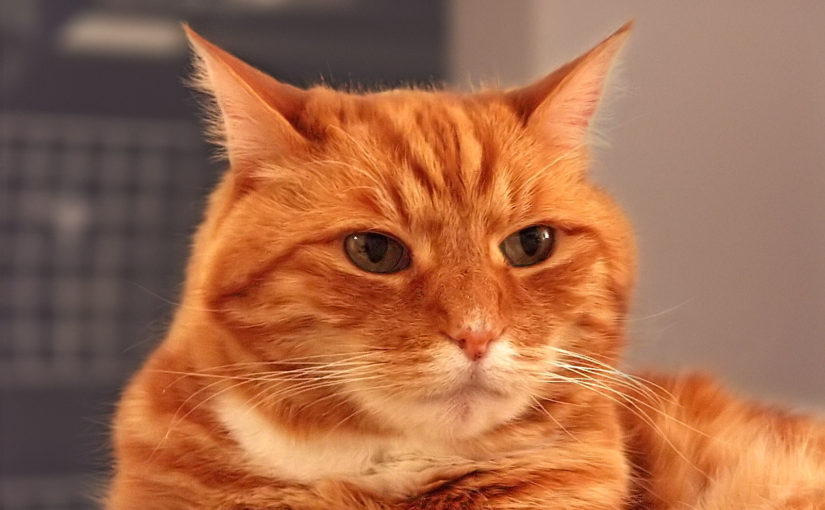 One day, my cat faced off against a raccoon

Taozer is an indoor cat, he has no front foot claws.
In battle must defend himself with nothing but his jaws.
His backfeet claws are also used to scrabble and to scrup
When Taozer and some other cat decide to mix it up.

Taozer is an indoor cat but likes to go outside,
So Sunday morning sat beside the kitchen door and cried,
For the sun was on the patio, the hummers at the blooms,
And inside it was cold and dark and musty in our rooms.
So, emanating cuteness from his station on the floor
He indeed induced some passing pal to open up the door. 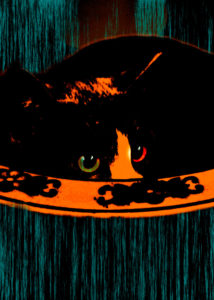 And so it was that later as I lay upon the floor
Doing exercises meant to make me flexible once more,
I heard a great commotion come from underneath the house
And knew my cat confronted something bigger than a mouse.
‘Twas then my heart was gripped with fear, and nearly did I swoon,
For our crawlspace has been residence to more than one raccoon.
And while Taozer can take tabbies on, it stands to reason that
A raccoon is a bit much for an indoor pussy cat.

Up did I jump, and crying out, I sounded the alarm:
“To me! To me! Brave family! Lest Taozer come to harm!”
We hit the decks a’runnin’ and assembled in the yard,
Myself, my wife, and my two sons, eyes bright and breathing hard.
My sons they circled to the east, while wife went to the west
And I stayed in the middle (which is what I do the best).
Sharp and alert, we circumambulated our abode
But we saw no sign of Taozer, and the silence did forebode. 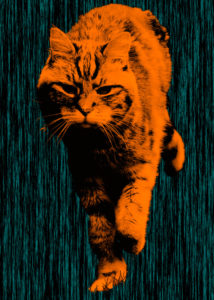 Then eldest son cried out to us, “I hear a growling sound!
They’re underneath the house!”, and to the trap door we did bound.
And back upon its hinges did we fling that opening.
We peered into the darkness, but we could not see a thing.
A dismal place is our crawlspace: a bug and worm utopia,
Two feet of gloom from floor to mud, a dour claustrophobia.
I stared into the silent dark, and then I had a hunch:
Some ‘coon was taking Taozer as a good excuse for lunch!
Just one thing stood between it and its culinary spree,
Only one thing stood between them and I thought that thing was me! 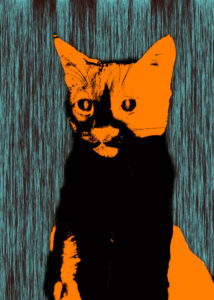 Without thought for my own safety, without even camouflage,
Then I girded up for battle at the back of the garage.
I put on my safety glasses to protect my eyes from claws,
And I donned my heavy garden gloves for vexing vicious jaws.
Then I grabbed my trusty flashlight and down through the trap I ran
Landing prone upon my belly like Stallone in Viet Nam.
My beam pierced through the darkness until finally I did see
My favorite orange pussycat a-lookin’ back at me.
With all the noise we’d made upstairs the raccoon must have fled,
And far from being breakfast, Taozer held the ground instead. 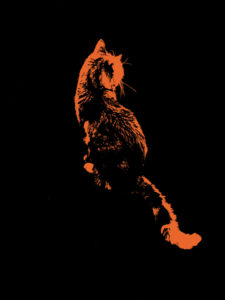 Now I’ve seen Taozer tumble from an elevated perch
And I’ve seen him stalk and stumble with a most un-feline lurch
But although he’s been embarrassed by these failings of before
It was nothing like that episode beneath the kitchen floor
For when you’re king of the jungle and survey savannah grasses
You’re not meant to need be rescued by some fool in safety glasses.

***
It was later in the evening as I read at my repose
That Taozer stepped upon the book and graced it with his toes
He looked at me through half-closed eyes and didn’t say a word
But his attitude spoke gratitude. At least, that’s what I heard
So I scratched his head behind the ears and put him on my knee
For that is where an indoor cat had really ought to be 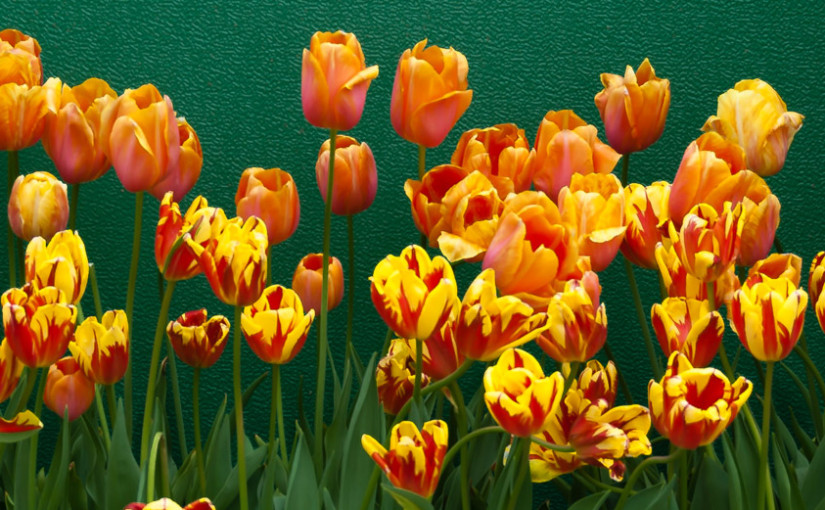 Did you say what I think
With an eyeful of wink
As you made me a drink
And poured in half a sink? 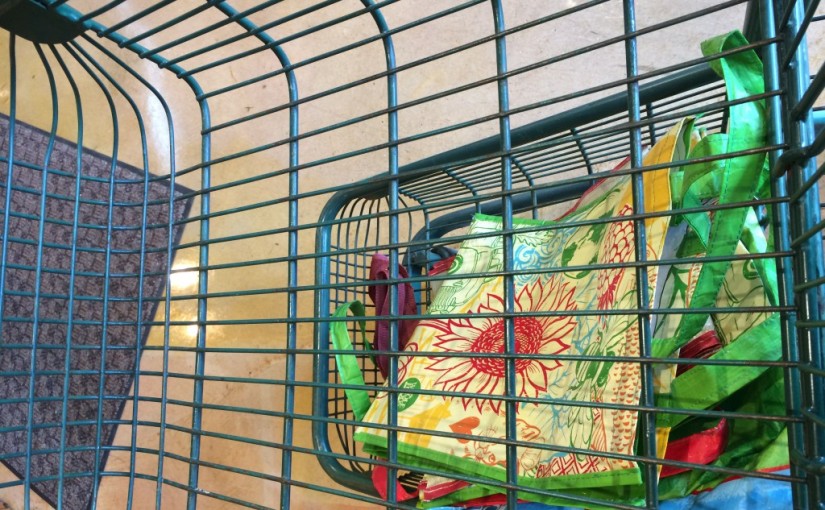 A Kiplingesque ode to our local supermarket

In 2003 the Safeway in Strawflower Mall was the upscale market in Half Moon Bay. Across the highway, a strip mall Lucky’s catered to the hoi polloi, the only other supermarket in town. One day, quite out of the blue, they began remodeling Safeway even as we shopped, andconverting the store from a well-lit if slightly dog-eared place to the darkened dungeon of despair we know today.

It was sometime last October that I first noticed the change:
I walked into Safeway sober but somehow the place looked strange.
There were boxes in profusion on the floor in jumbled piles,
People milling in confusion mid the clutter in the aisles.
Then a manager approached me with the news —
What she told me set me trembling in my shoes:
We’re remodeling Safeway and of course you’ll have to pay
Our new overhead will soon be bled
From the folks of Half Moon Bay

Then for weeks they moved canned spinach and tabasco ’round the floor,
While concurrently refinishin’ each section of the store.
And for weeks we raved and ranted as the salsa moved about,
As what once we took for granted got much harder to find out.
But the staff was so obsequious and nice
That we had to be consoled with their advice:
They’re remodeling Safeway and of course we’ll have to pay.
There’s no discount brands upon the stands
When you shop in Half Moon Bay

Now the deli’s wide and spacious and the chicken wings are hot.
The new freezers are bodacious if the in-store ads are not.
And the music hasn’t changed a bit: the same ungifted crooner,
Has me hurrying to get my shopping done a little sooner.
As the register clerk tallies up my bill,
I think : I am shopping here of my free will.
You have remodeled Safeway and of course I’ll have to pay
But this plunder makes me wonder
‘Bout the Lucky’s ‘cross the way.