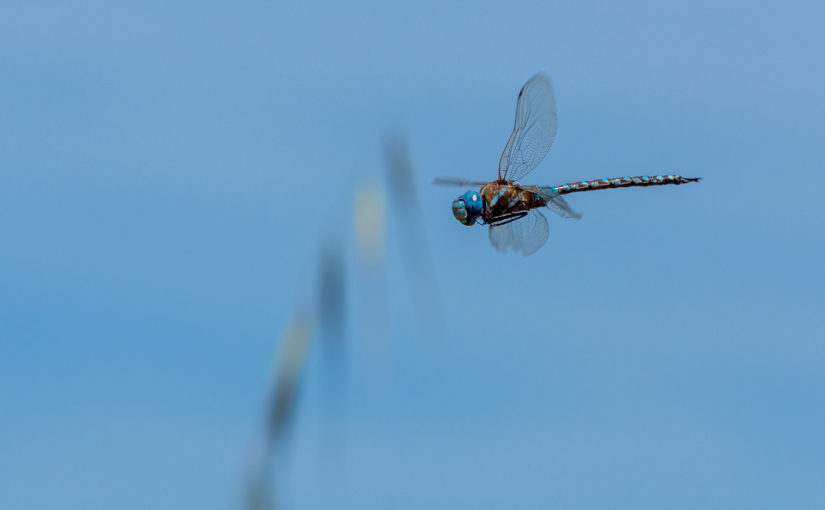 My friend Alexandra was complaining about the spelling bee at the elementary school her granddaughter attends. She told me that spelling bees are elitist, biased, and culturally insensitive. In her opinion, they should be replaced in the curriculum with some other spelling exercise, something that offers an equal chance of success to people of any ethnicity, gender, or sexual preference, irrespective of whether or not they know how to spell.

Alexandra argued, not unreasonably, that children from immigrant households see and hear a lot of their ancestral language, perhaps more than English. She then claimed that this put them at a disadvantage when it came to learning to spell English words.

This argument is nonsense. It ignores not only the fact that kids of Asian backgrounds regularly win these things, but also the advantages of bilingualism. I grew up in a household where everyone spoke French. And yet, I won the fifth grade English spelling bee. 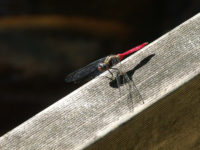 At the final round, in Room 312 of Public School 2 (Alfred Zimberg Elementary) on that day, there were only three of us who had not yet been eliminated: two girls, Janet Gingold and Marion Wasserman, and me. Janet and Marion were the smartest kids in the class and they were best friends. At the Christmas party, they sang Heart of My Heart in harmony and everyone clapped their hands. I was the class clown, and not particularly diligent at schoolwork. But, I was a pretty decent speller.

Mrs Gasworth, our teacher, tapped her pencil against the notepad on her desk and read the next word out loud: “Choir”. That’s a tough one, I thought. It was Janet’s turn, but I tried to think of how I would spell it.

Janet looked uncertain: “Q-U-I-E-R”, she tried. That had been my guess, too. Thinking she’d got it right, I began to ready myself for the next word. I was shocked when Mrs Gasworth said “No, that’s incorrect”.

Good grief, how do you spell it, then? It was up to Marion now to spell the same word, and she looked panicked. She must have thought Janet was right, too. Hesitantly, she tried out “Q-U-I-R-E”.

That would have been my next guess, too, but something about it didn’t seem right.  “That is also incorrect” said Mrs Gasworth, and I was less surprised this time.

But, now it was my turn to panic. Mrs Gasworth turned to me and I searched frantically for a plausible answer.  Something with a K? Like K-W-I-E-R? No, couldn’t be. The class was waiting and I didn’t know what to say.

And in that fraction of a second, something flashed through my Franco-American brain. The previous evening, perusing TV Guide, I had come upon the word choir.  In my mind’s eye, I could see it on the page. I had wondered briefly what it meant before moving on to the next program description.

And now with the eyes of the whole class upon me, I realized that the English word choir comes from the French choeur of the same meaning. It is also the word for “heart”, as the choir is the heart of the church. The TV Guide listing must have been for a concert of some kind.

There was a pause. Mrs Gasworth dropped her pencil onto the desk. The other kids thought I was fooling around, and some of them giggled. They were amazed when Mrs Gasworth announced that I was right. She looked a bit surprised herself.

And so, I won the English spelling prize (a chocolate bar), not despite my speaking a foreign language at home, but because of it. 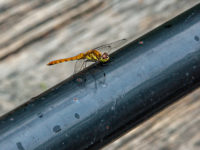 I thought Alexandra’s condemnation of the spelling bee for perceived cultural bias was, at best, misguided. Cultural differences augment us by challenging us to adapt. Spelling bees are a part of the English curriculum, and a word is no more than a word. Can we be sure that the math curriculum is not culturally biased in favor of the children of accountants and engineers?

Nevertheless, I suggested an alternative classroom exercise for her to propose at the next PTA meeting. I thought of calling it Dragonfly Spelling for no particular reason (the origins of the term “bee” are uncertain, anyway). You can think of it as a spelling bee done backwards. In a spelling bee, you hear a word used in a sentence and are asked to spell it. In Dragonfly Spelling, you see a word that someone else has spelled wrong, and you are asked to use it in a sentence. There are no winners or losers, which is as unbiased as you can get.

Alexandra was enthusiastic about the proposal, so I gave her a few examples to use in her presentation. And you, dear reader, may use them to try it, as well.