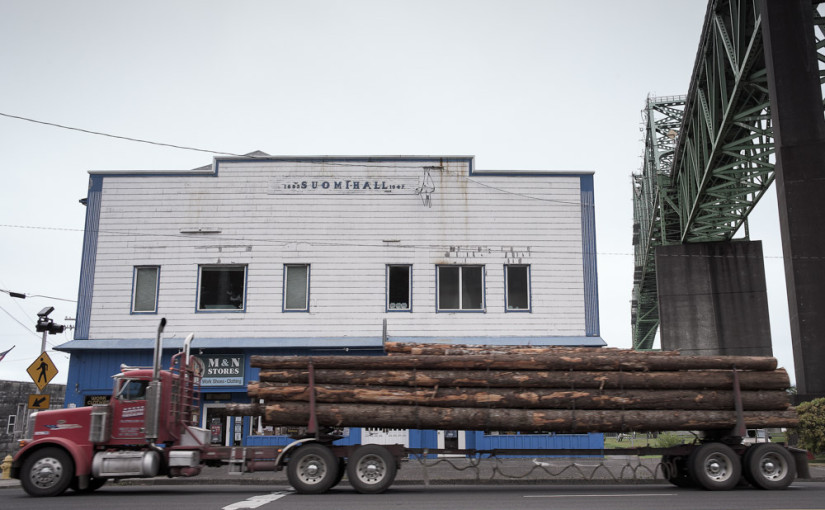 I was a kid who would look on maps and see another Astoria, on the other coast, the Pacific, and who wanted to go there. The map showed a port city, some distance downstream from Portland, and I imagined there were ships in addition to brick buildings like the Astoria I was growing up in, on the Atlantic. This year, finally, I went to that other Astoria. 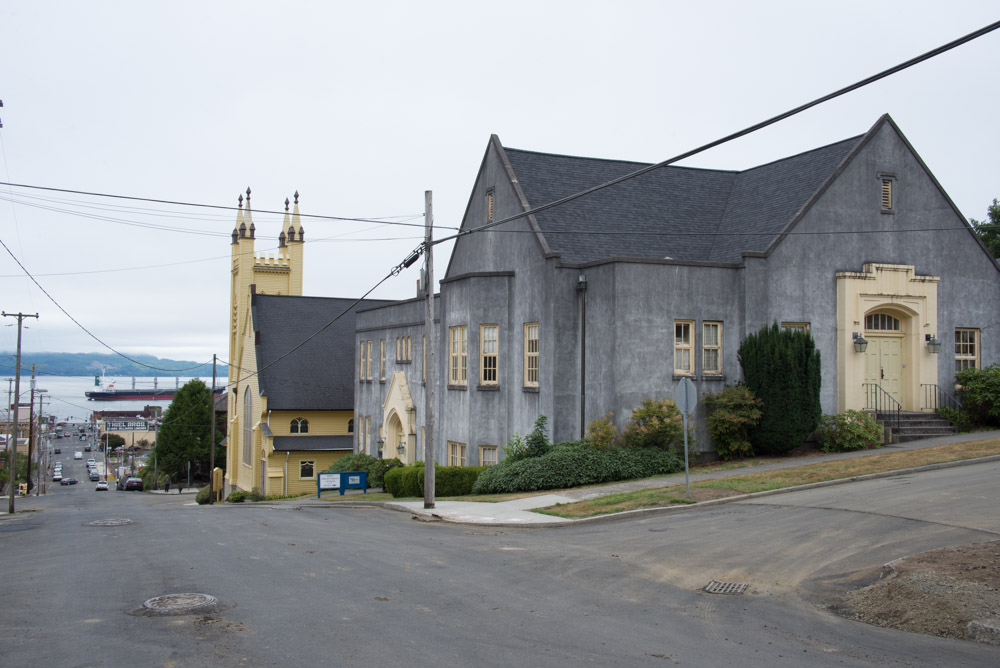 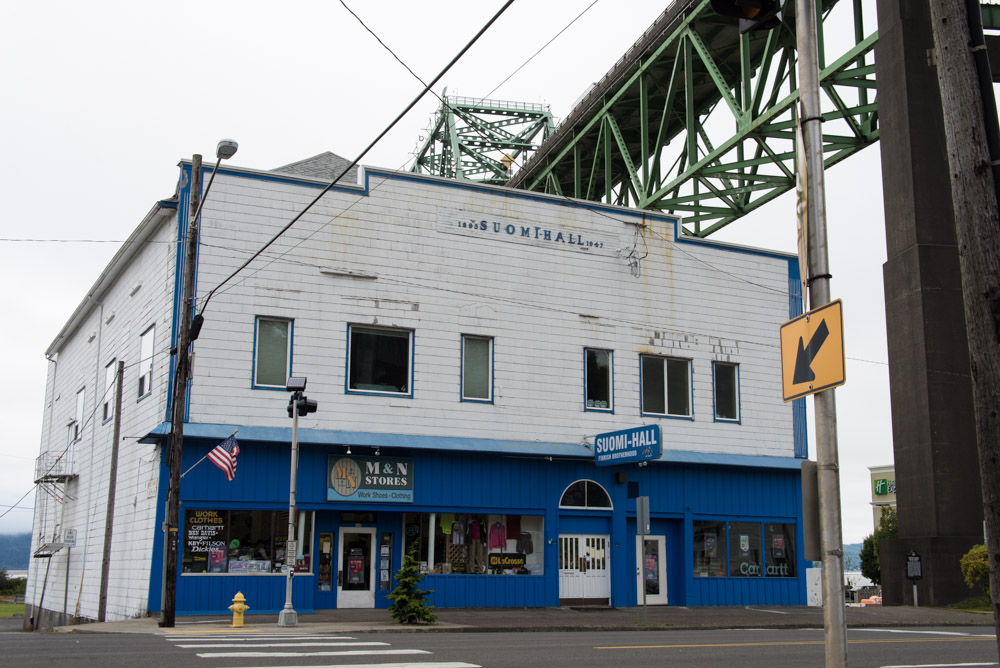 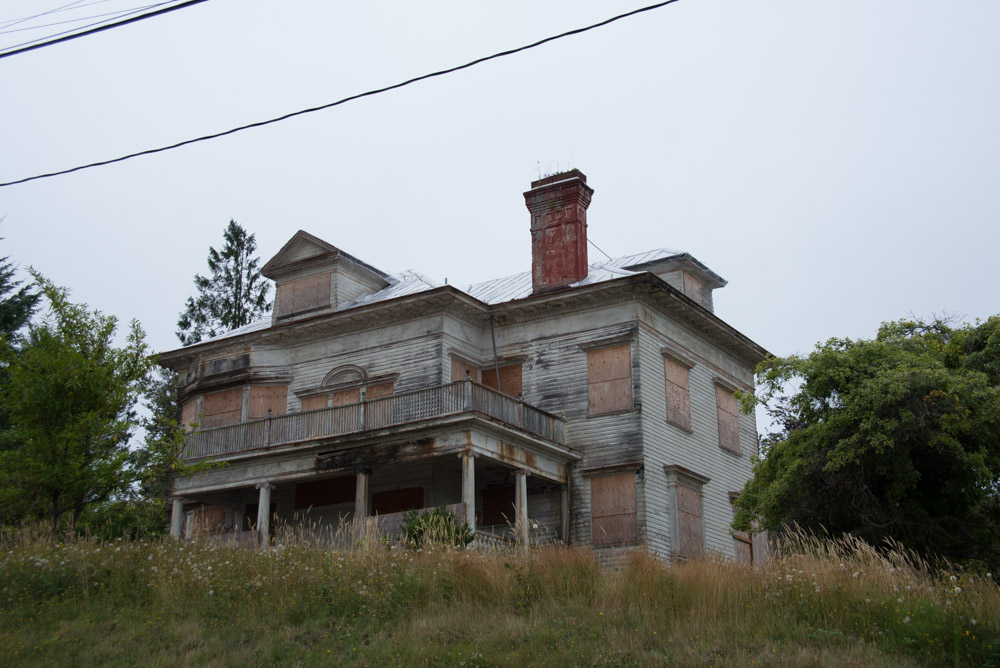 Fort Astoria was a fur trading post built by the John Jacob Astor’s Pacific Fur Company in 1811. There is a 125 foot column in a park on a hill that overlooks the city. It was put up by the Astor family in honor of themselves and sports a mural depicting  scenes from the lives of the natives that their ancestors displaced. Those who climb the interminable spiral staircase are able to see all the way to Megler, Washington (unless there is fog), which is said to be inspiring.

Down below is the town, a riverfront harbor city hit hard by recession, dog-eared home of the Scandinavian Midsummer Festival. There are a few brick warehouses near the docks but, unlike the Astoria of my eastern provenance, the buildings here are mostly paint-starved wood.

The Astoria-Megler Bridge across the Columbia dominates the town, towering over the main road whether you’re coming from east or west. A tiny park at the river’s edge clings to the base of the final tower on the Oregon side. It features plaques welcoming visitors to Astoria and more murals celebrating displaced aboriginals.

When in Astoria, one simply must take pictures of the many wooden posts in the river, soulful remnants of rotted docks. I learned this by researching my trip on Flickr, where enthusiasts may find many excellent contributions to the genre. These are mine. Click to embiggen.