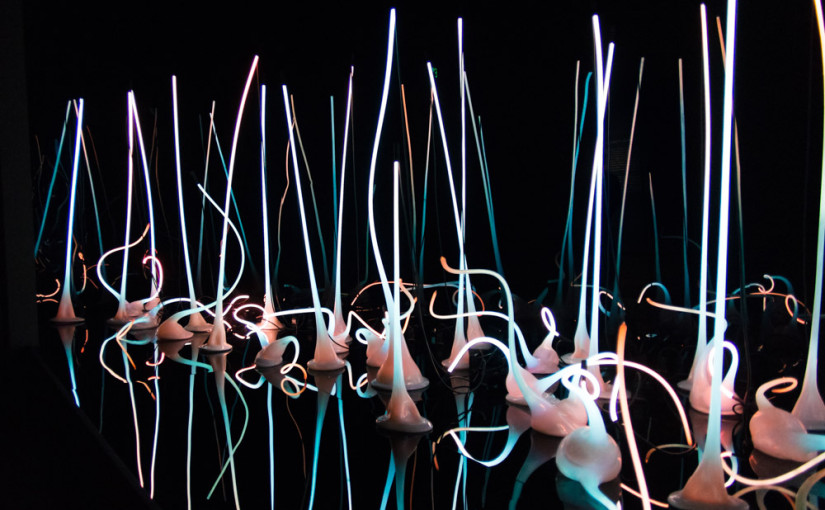 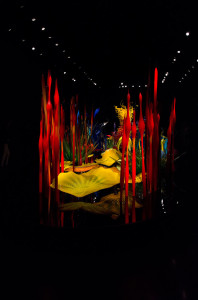 Last summer we spent a few days in Seattle, a grunge-hipster city of street markets, art, and a whole lot of beer. One of the attractions we visited was Chihuly Gardens, a museum of forms created by students of glass sculptor Dale Chihuly. It’s located in the Space Needle complex downtown and was predictably overrun with camera-laden tourists like me.

The exhibits consist of dark mirrored spaces filled with brightly colored plant-like forms. These are arranged in large arrays punctuated by the occasional bowl, with dramatic lighting to enhance the effect. There is also an outdoor garden, where the lighting is less dramatic, generally a bleak sun filtered through Seattle’s rain. A few species of glass frond seem to thrive in the fog. 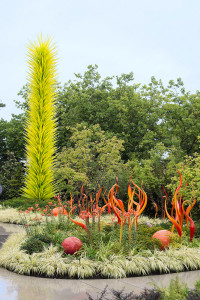 fact they are the same few species that also dominate indoors. Although the initial impression given by the museum is one of diversity, this is achieved mostly by the use of color. Probably only a dozen different glass forms populate the whole place.

After visiting the museum, you can grab lunch next door at the Collections Cafe, where an erudite clientele takes part in a fare heavy on blue cheese burgers and garlic fries under a ceiling lined with hanging accordions (are they playing suspended chords?). Seattle, it must be noted, is also home to the Petosa Accordion Museum. The name of the cafe is probably an allusion to what seems to be the pervading ideology of the complex: admission to the museum is $19. It’s free if you’re under 3, but if you break it, you buy it.