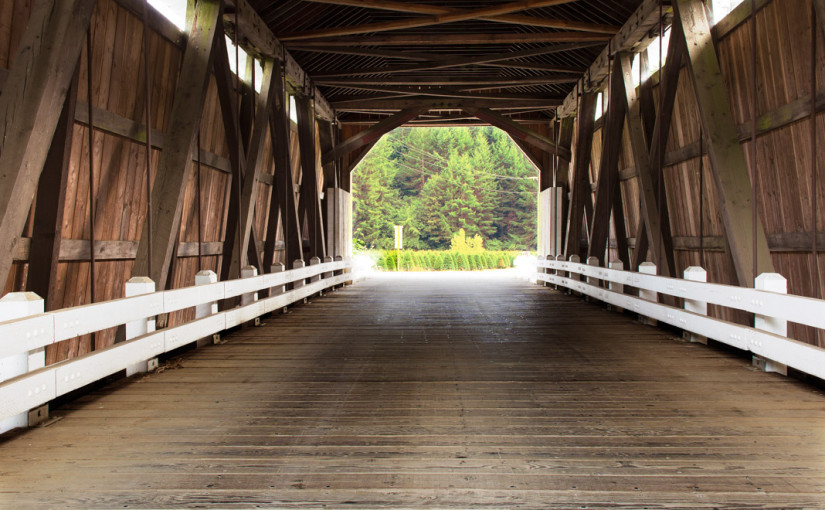 A covered bridge in Oregon offers a photo opportunity

On a back road in north west Oregon, this old bridge spans the Alsea River. Every online resource that I consulted (2) assured me that it is of Howe Truss construction, so I want to be sure to pass that information along. The trusses are the triangular shapes that bear the load. William Howe came up with a design made of wood and metal, handsomely executed here. 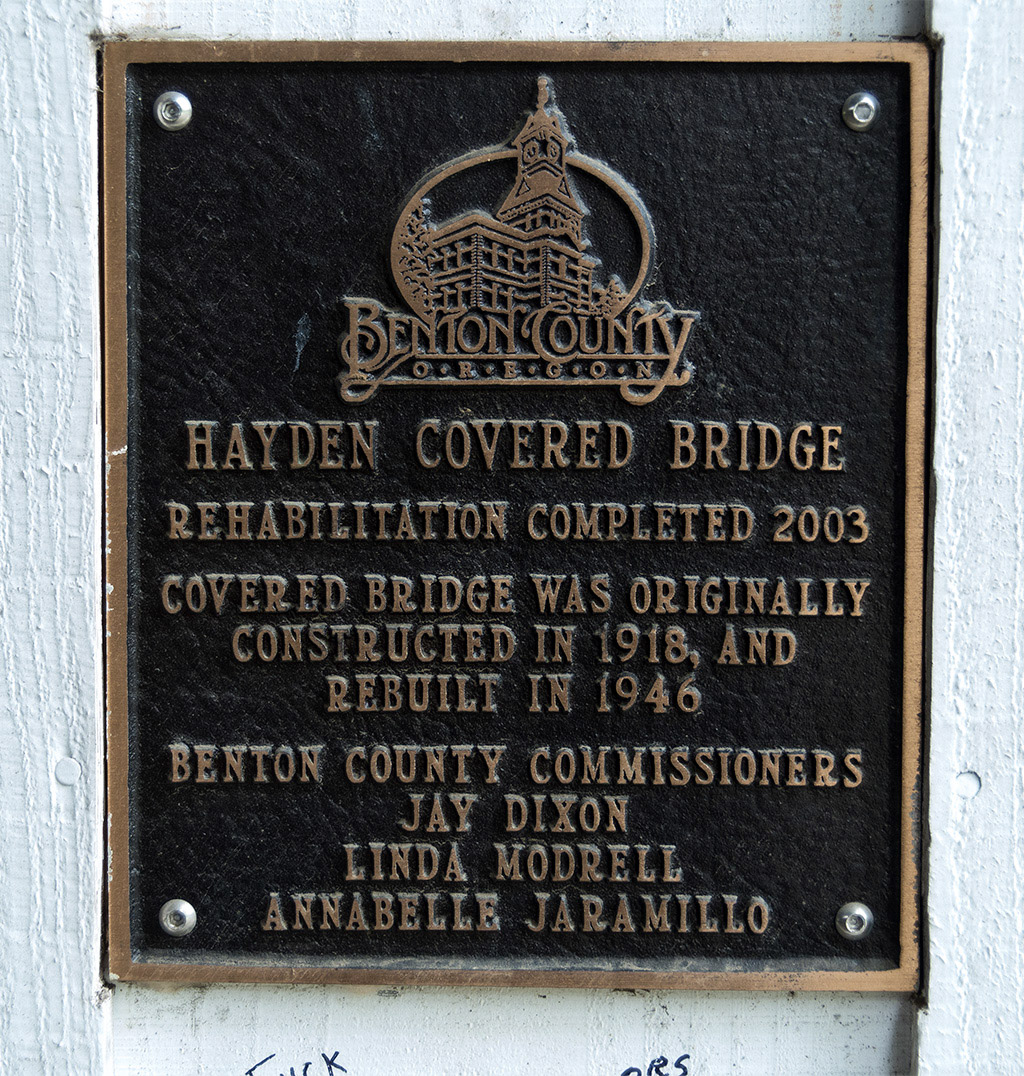 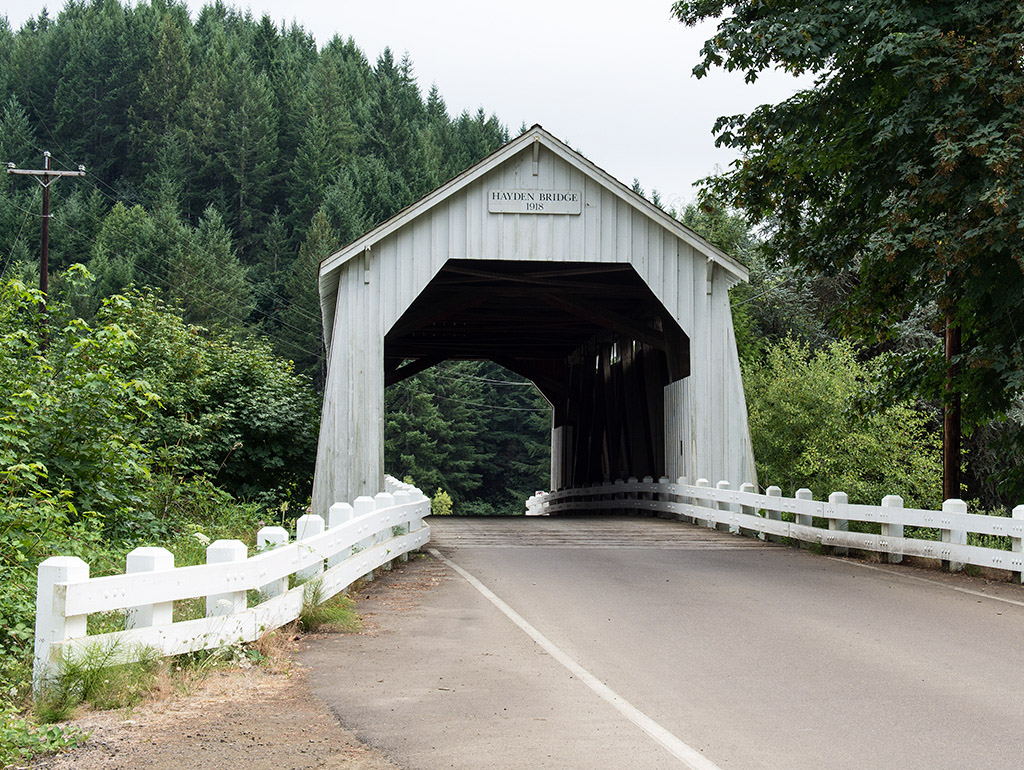 The bridge was first built in 1918, at which time it was smaller, with rounded openings. These were enlarged in 1946 during a refit to accommodate heavier traffic (lumber trucks; the Cascades were/are being raped). The plaque says it was refurbished again in 2003, and my exhaustive research on Google revealed that it needed extensive repairs after a lumber truck ran into it in 2006. Can’t seem to make these things wide enough for lumber trucks.

There was no one around on the day that we happened by, so I set up my tripod in the middle of the road and tried to take a picture of the inside, which shows a really neat ceiling and the triangular trusses. Not that I had any idea what they were at the time.

Shot at 1/4 sec, f11 with the Nikon 28-200 zoom at 28mm. A speedlight just out of sight on the right threw additional light on the ceiling, The trees in back were almost blown out on the raw file, burned them back in photoshop.