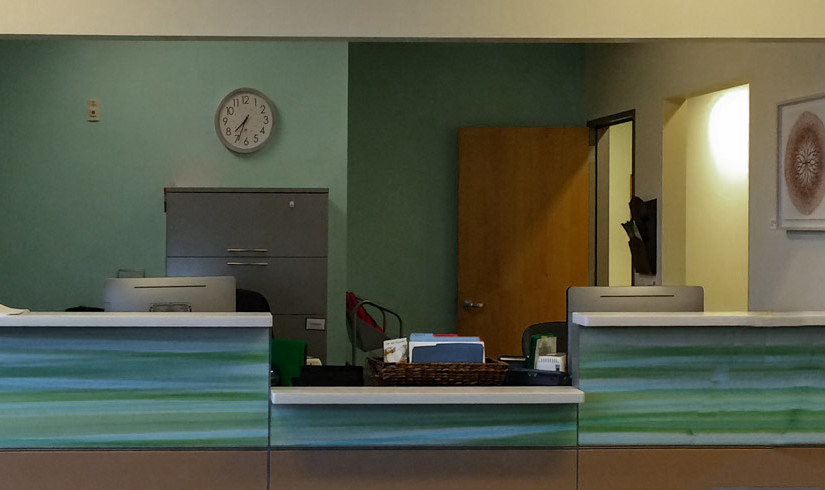 All doctors are created equal. Most of them stay that way.

The pain was back. A dull abdominal ache. On the left side, so it wasn’t appendicitis. I’d been taught about appendicitis way back when. This had been going on for weeks now, months it seemed, on and off, every day. Finally, I decided I had to see a doctor.

Half Moon Bay doesn’t really offer a large choice of general practitioners. There used to be a clinic with about six of them, where they once had me wear a Holter heart monitor for two days (without showering), but it turned out the batteries were dead. Anyway, they couldn’t make money and finally they all moved on. Since then, a lot of people drive over the hill to see a GP, but that’s way too much of a bother. So, after a brief search, we ended up going to one on Main Street. We call her Dr Oops. She disapproves of smoking weed and of salting your food.

Oops got her name when youngest son went for some vaccinations one time. He was to get two shots, and she brought out two syringes and both vaccines in bottles. After some trouble getting the correct volume into the first syringe, she injected a dose into his right arm. Then, as he recalls, she glanced in confusion at the two bottles, blanched, said “oops!”, and excused herself to go call the CDC. It turned out that in adjusting the volume she had managed to mix both vaccines into one syringe, and had no idea how much of anything had been delivered. She came back ten minutes later and told the boy that it was okay, and to go home. So far, he hasn’t been adversely affected. At least, we don’t think so.

In my case, Oops’ initial diagnosis was that I had a hernia. I reminded her that I had been surgically de-herniated on both sides some years previously, but she insisted that these things could somehow recur. She referred me to a hernia surgeon — a different one, this time, than the apparent incompetent who had sliced me open previously — who poked me several times and then said flatly, “You don’t have a hernia.”

Needless to say, this left me quite confused. Mine was not a hysterical indisposition, the pain was real. The surgeon admitted having no idea what ailed me, but was certain of what it was not. I returned to Dr Oops.

This time, I was sent to a urologist. The location of the pain was coincident with some tubule or other with a name I can’t remember. Did I experience pain while urinating? No. Well, I should go see one anyway. She began to look through some book, a listing of specialists. The urinary Yellow Pages. Although San Mateo County boasts more urologists than India and China combined, I was limited to the ones in the network of my HMO. The majority of these were declining new patients, having already paid down their homes, boats, and wives. And so I ended up in the crowded waiting room of Dr Kenneth O’Grady. 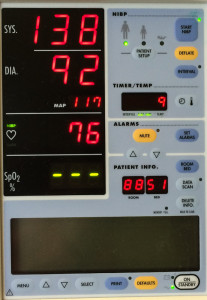 This was one of those outfits with two locations exploiting the San Mateo – Mountain View corridor. The Axis of Pain. They were in the low cost, rapid turnover market niche. O’Grady, a little Ivy League type in corduroy pants, worked it with a partner, graduate of some prestigious Caribbean medical school.

I began to describe my symptoms, but the good doctor cut me short. Reassuringly, he knew immediately what ailed me. An infection. Take these antibiotics. Go for this blood test. See you in three weeks. When I returned after that interval with my condition unchanged, I was deemed a resistant case and told to repeat the course of drugs. The blood tests had been negative, but he told me that wasn’t unusual. These infections are hard to detect. Sneaky germs. Feeling somehow at fault, I refilled my prescription and conscientiously did as I had been told. When I appeared before Dr O’Grady for the third time, however, not only had my abdominal aches not improved, but I now had diarrhea and red patches on my skin caused by the antibiotics. “Don’t worry,” said O’Grady. “Nothing could’ve survived all that antibiotic, so I’m sure the infection’s gone. If it still aches, it’s probably nerve damage. Takes a long time to heal. Sorry.”

Sorry, like oops, is not a word you want to hear from your doctor. I went home, despondent. The pain was more severe, now, almost constant. My antibiotic-weakened body lay in bed for long intervals. It was at this point that Eldest Son suggested acupuncture.

Normally, my first reaction would have been that this was just the sort of new age healing that a Generation X vegetarian might be expected to embrace. My French rationalist upbringing had taught me to reject all methods not rigorously scientific. Acupuncture as a healing process was lumped together with homeopathy and banging on drums. It reminded me of Paula, who would go on weekend purges that involved bad food and induced diarrhea. Paula had been a masseuse but then her hands would get tired and she started spending more time each session doing Quantum Energetics. She would have you hold your thumb and index finger together while she tapped your skull three times, then she’d pry your fingers apart. After a moment’s consideration, you were told that your liver was not completely well. Then she’d do it again — tap, tap, tap — and warn of future adrenal complications. Tap, tap, tap — a heart valve, probably the bicuspid. She claimed to have predicted Steve Jobs’ death. I stopped seeing her before she could predict mine.

But acupuncture has gained a measure of respectability, of late, and such was my desperation that I decided to give it a shot. Or at least look into it. Eldest Son suggested a woman in SoMa, highly regarded by his skinny-jeans friends. A web address. I typed it in and there was a dandelion seed floating across the screen in front of a field of out-of-focus flowers. Or weeds, you couldn’t really tell. Slowly, it floated across the whole damn screen. There was no way to bypass this video, I had to wait for the thing to reach the other side. It was like being trapped on a plane. It was halfway across when I parachuted out. 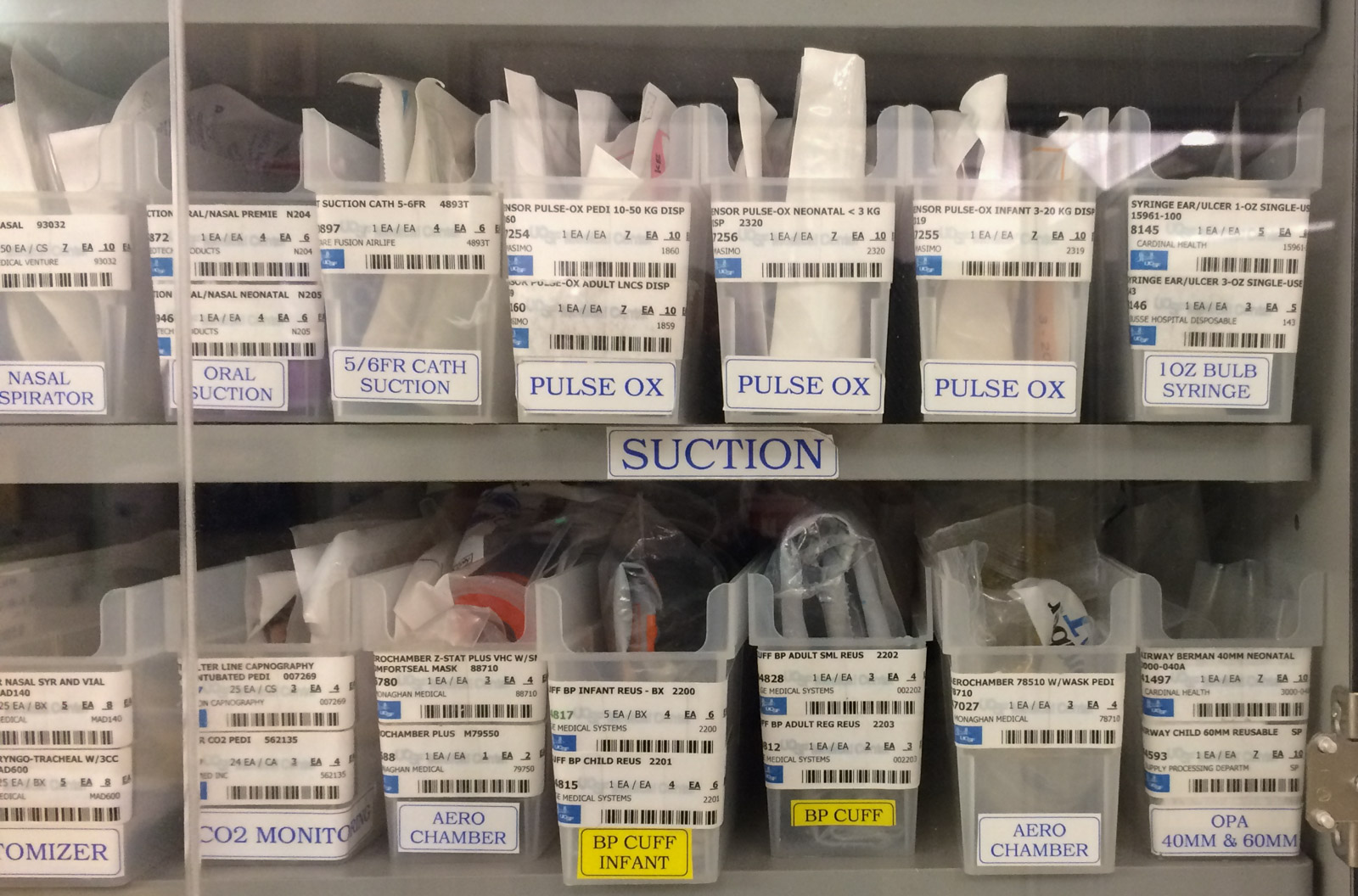 Then I remembered Imp, a college friend who now lived in San Diego. He used to be an acupuncturist. He had always been in tune with his body, once ate nothing but brown rice for three months while sitting naked in his apartment listening to Grateful Dead records. I decided to ask him for advice.

“What percentage of doctors do you think really know what they’re doing?” he asked when I called, referring to the anointed medical profession. I guessed it might be about half.

He gave me the name of a guy in Marin, acknowledging that it was a bit far for me to drive regularly. This had been his Teacher when he was learning the Way of the Needle, and he was well known on the Marin healing scene. I had a mental image of an old guy walking around in robes all day like Terry Riley. Maybe an embroidered hat. Crystals and mandalas surround and there’s a Cayenne parked in the garage. Anyway, Marin really is too far.

Given that the low odds of finding anyone good made the whole business a crapshoot anyway, it only made sense to pick a place that was convenient to attend. I mean, why pile on the misery by having to drive to the city? There was a guy a half mile away in a strip mall with a nice parking lot. Wife’s friend had gone and said good things about him. She had to be at least as good a judge of acupuncturists as my son or his friends. So I went to see Ming.

He was a stocky, youngish looking man of about fifty who rented a tiny room in back of a chiropractor’s office. It was completely filled by a massage bed, a chair where you put your belongings, and a heat lamp. And mandalas, of course, lots of mandalas. A walk-in closet at the rear seemed to be filled with needles and other paraphernalia. Flute music floated from a boom box. There was nothing for sale: no unguents, pills, or nutritional supplements. He would suggest these, sometimes, but then send me down to the health food store to buy them.

Ming treated me in a variety of ways, including the application of tuning forks. These were, thankfully, of the same key as the flute music, and I wondered if he sometimes changed the music and the forks along with it. Occasionally, he’d suggest something absurd, like giving up French bread because of the gluten, but he’d back off quickly when he saw that I was having none of it. And although he didn’t want to contradict the doctors I had seen, I could tell that he didn’t think I had an infection. He thought I had tendinitis, pointing out that the location of the pain was coincident with some major ligament, along with the aforementioned tubule. Crowded spot. I have to admit that I was surprised when, after a few treatments, the pain was gone.

Well, it turns out that you can’t go and get your acupuncture treatment from Ming anymore. It seems he let his license lapse a few years ago, and finally got busted for continuing to practice without it. The state has mechanisms to make sure that we citizens are not subjected to medical treatments from quacks or incompetents. Especially the ones that don’t pay their fees. We should all be grateful.