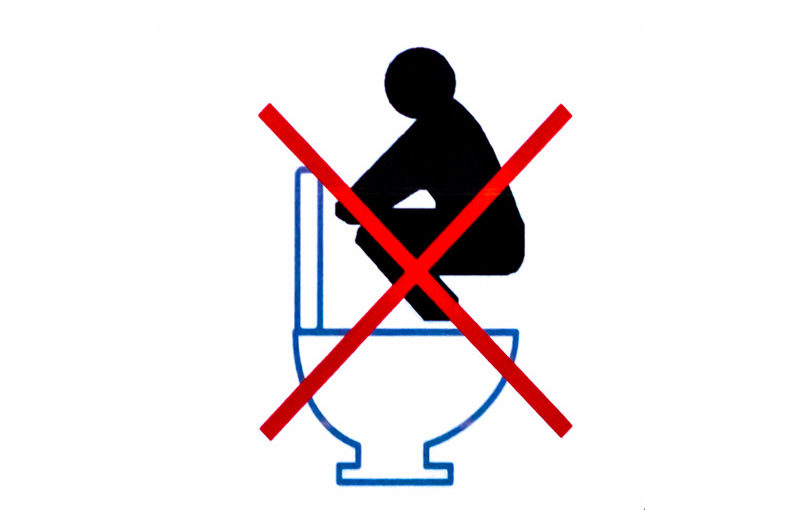 A brief history of the bidet.

The sudden popularity of the bidet toilet is not without irony. Bidets were scorned by our virtuous forebears who associated them with pastimes more prurient than pristine. They were more comfortable with real dirt than with the libidinous kind. But amid the toilet paper shortage, I am fortunate that I had a so-called Japanese style toilet installed last summer. It was something I had coveted since the first time I saw one in a Tokyo hotel.

The classic bidet is actually a French invention. It dates back to the XVII century and has long been a common fixture in Europe, where it was discovered by American servicemen during WWII. Since these guys saw only the barracks (no bidet) and the whorehouse (bidet), the device came to have a salacious connotation in their minds. It didn’t help that their partners often used it immediately after intercourse in the belief that they could avoid pregnancy. To these guys, it was not the kind of thing a nice girl sat on.

This kind of bidet is simply a basin that you sit on to wash your crotch. But even in the 1600s, some clever soul found a way to fit one with an elevated reservoir and tubing to deliver a jet of water. The medieval washlet was born.

I have to admit that I didn’t appreciate them when I first ran into them in European hotels. What were they for? There was no seat, the porcelain was cold to sit on. It was too low for washing your hands. We kept beer and ice in them, sometimes. But the Tokyo model, with its spray of warm water, brought me to an apotheosis. I had found my true bidet.

Although the present day washlet, a spray-nozzle marriage of bidet and toilet seat, is often associated with Japan, it is an American invention, one that dates back to the sixties. A New Yorker named Arnold Cohen came up with it, but he got nowhere trying to sell it in the US. However, a Japanese company, Toto Toilets, was interested. Very quickly, the Cohen toilet seat became the norm in Japan.

They were still pretty rare in the US until this year’s toilet paper shortage. Now, there’s a whole range to choose from. You can get one for well under a hundred bucks. It just hooks up to your plumbing and squirts cold water at you. You still need to dry your ass. For somewhat more than that, the Brandel model I have heats the water and has a blow-dry function. It requires an electric outlet. It gets you dry enough that I haven’t had to use toilet paper for a long time.

There are other models that spray perfume or add soap to the water, that play background music or white noise, that open their own lid when you walk into the room. There’s a turbo wash feature, not for the faint of heart.

And, last but not least, boys and girls, the toilet seat is going online. Dr Toto the Toilet Seat is learning to perform medical tests, reporting to your MD over the internet. Toto has a model that measures urine volume and flow rate. There are also tests for metabolic factors like blood glucose and blood pressure.

Can a Covid 19 test be far behind?

One thought on “Bidet Be Damned”