A gubernatorial candidate has a refreshing approach to the job 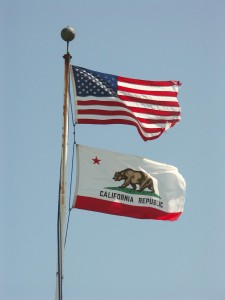 I got my Voter Information Guide for the primaries in the mail the other day. After studying it, I decided to support Glenn Champ for Governor. Each of the candidates had submitted a short statement describing their political philosophy, and Mr. Champ’s read, in its entirety: “I’m the only candidate that will clean up the mess by holding elected officials accountable to the Constitution that will improve our economy. www. champforgovernor. com”. I immediately liked a man who would not let syntax stand in the way of his beliefs.

Curious, I visited the website. There was a biography of Mr. Champ, who is a contractor in the town of Tollhouse, California. He attended Sierra High School, but “would not stand for the unbiblical, communist, socialist, curriculum brain washing in college.” In addition to other syntactic surprises, the website also features a link to a preview for a forthcoming movie called “It takes a criminal to catch a criminal,” but at first I couldn’t figure out why.

Mr. Champ’s political philosophy is also described. He is refreshingly opposed to ” ungodly legislation drafted by demonic terrorist extremists own agenda”, a stance taken by no other candidate. As governor, he would throw out both Boxer and Feinstein (parasites!) and “appoint constitutional officers in their place”. He will also lower prices for everything. In order to achieve this, he points out, it is necessary first to fix the judges. I’m not completely clear on why this is the case, or even what it means, but he argues quite forcefully that it makes no sense to address other problems before confronting this one. That is why other reformers have failed.

I decided to offer Mr. Champ my support. I wrote to him and asked for campaign literature, a sign to put in my window, that sort of thing. In an effort to blend in, I capitalized the occasional word and threw in some random punctuation. I ended my note with “Please send me a sign”, thinking that a nice touch. A few days later, some bumper stickers arrived in the mail, along with envelopes for money, should I wish to contribute. There was also a flyer with more grammatical howlers than I can begin to list here.

Unfortunately, I may have to withdraw my allegiance. I am reconsidering my endorsement in light of an article in the LA Times, which pointed out some aspects of his resume that were omitted from the website. Such as the 12 years he spent in prison for voluntary vehicular manslaughter. Or his conviction for consorting with underage prostitutes. These details do shed some light on why he wants to fix the judges, and he did point out in the article that his criminal past might be an asset in dealing with career politicians. Nevertheless, I may switch my allegiance to the guy who wants to overhaul the prison system with “evidence-based healing.” Or the guy who wants to (this is his complete sentence) “Repeal train and water tunnel to solve water issue.” It’s great living in California. We have so many choices.