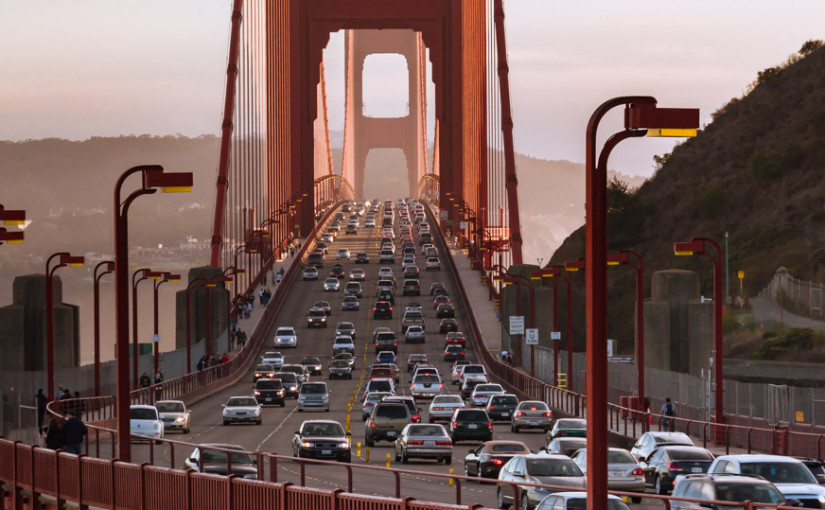 On the TV just now there was a news piece about a Black Lives Matter protest on the Bay Bridge. A bunch of protesters drove their cars side by side across the bridge, then passed a chain from car to car through the side windows. The TV news people, primary consumers of the spectacle, had received ample notice. They were able to get excellent footage of the whole thing from a boom truck in front of this line of cars. At a given moment, the protesters all stopped, blocking traffic, and chained themselves to their cars. Of course, they left one hand free so they could hold a fist in the air.

The protesters weren’t really clear about what they were demanding, I felt. At the top of their list of grievances was the immoderate slaughter of young African Americans by the police, who were said to be waging war on young black men. Last year, by several counts, there were some 1200 people killed by the police in the US. I suppose it’s a safe assumption that most of them were African Americans, so out of a population of about 75 million that is a mortality rate of 1.6 per 100,000, which is shocking. On the other hand, 124 cops were shot dead, and out of a million that’s 12.4 per 100,000. So, the police appear to be losing this war, and should be open to negotiating a change in the rules of engagement.

But the protesters made no such rational argument. Instead, a large woman of seemingly modest hygienic accomplishment told the cameras that black lives matter enough for people to be forced to interrupt their daily grind in order to contemplate the black experience of being shot at by policemen. Perhaps she believed that if everyone caught in the backup were to hold hands through open windows and chant, Om, the police would be moved to love rather than fear suspected perpetrators. Perhaps they would put down their guns and taser people instead.

However, despite the impressive coordination of the traffic blockade, no provision had been made to spread the message back through the lines of aggravated, immobilized motorists: no runners carrying signs or handing out leaflets with the words to Kumbaya. It seemed the protesters felt safer among the cops.

And the police, having been tipped off, were ready and moved in quickly. They cut chains, replacing them in several instances with handcuffs. They towed cars. They made arrests. As far as I could tell, they didn’t shoot anyone, but the TV cameras were present, so it wasn’t really fair.